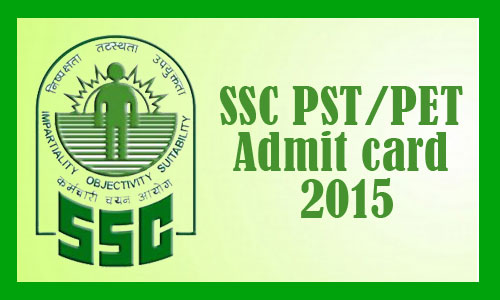 On 15 April 2015 download link will be visible to all candidates. Applied candidates can download their admit card using some mandatory details such as reg number, DOB etc.

SSC has announced a big recruitment notification this year. This is opportunity for government job seekers those want to get government job in India. All eligible and interested candidates had applied for the posts and now they are eagerly waiting for their SSC GD Constable Admit Card 2015.

SSC has declared the date for admit card will be uploaded on 15th April 2015. Last date for applying application was 21 Feb 2015 now is over.

All postalert.in user can get more information related to SSC PST/PET Admit card 2015, SSC constable GD Admit Card 2015 by making a solid touch with us. And if you have any query or question related to SSC Admit then pls tell us.