[highlight color=”yellow”]CLAT 2016 application form[/highlight] is now online available for all among students those who were in waiting for CLAT Examination (Common Law Admission Test) to get admission in LLB, LL.M Courses through CLAT 2016, Now you may available to apply online application form for CLAT 2016 Exam from 1st January 2016. 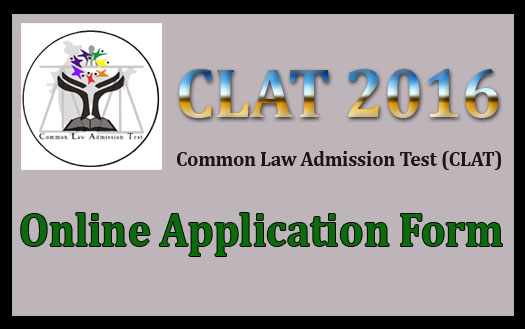 Qualified students in CLAT test can take admission in five year integrated Bachelor of Arts and Bachelor of Law (BA plus LLB) Honors and one year Master of Law (LL.M) course. Those students are interested in law courses have to apply for test from January 1st 2016 to March 31st 2016.

Exam will be conducted by Rajiv Gandhi National University of Law on May 8, 2016. There are 16 National Law Universities select the CLAT examination qualified candidates. So we suggest the all interested candidates those are eligible, fill the application for CLAT before the last date of CLAT 2016. 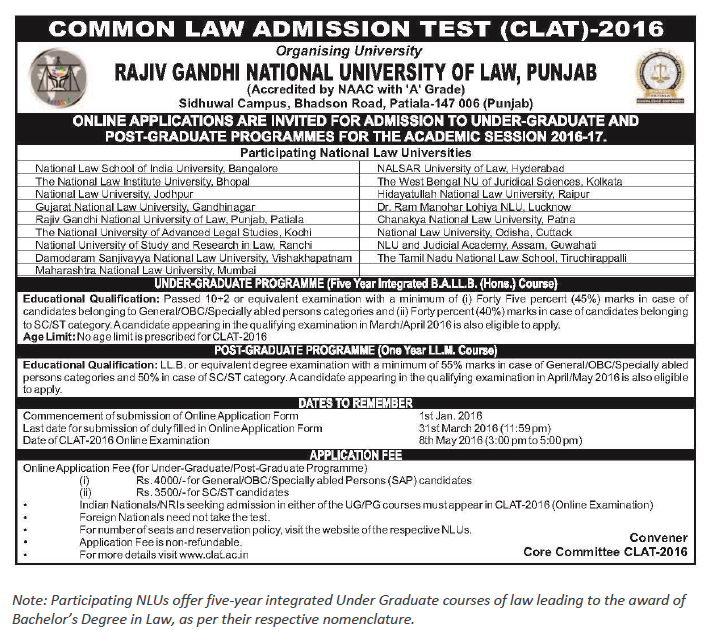 Fees Payment Mode: Payment of CLAT Application form will be paid through online or offline mode.

Relevant courses will be offered to students on the basis of entrance test qualifying marks followed by counseling process.

Get instant latest info related to CLAT 2016 application form, CLAT notification 2016 online only here on Postalert by follows us on our facebook & Google plus Page