Government Job seekers having very great news that online application form for [highlight color=”yellow”]UP Seva Mandal recruitment 2016[/highlight] going to start from 25th March 2016 and eligible candidates having great news that they might apply now online application for Seva Mandal Post vacancy for total numbers of 61 Posts Vacancies in which new notification from 25th March 2016 to has released online.

The Uttar Pradesh Seva Mandal Recruitment 2016 has been successfully announced on 17th March 2016 to 26th April 2016 hire talented and eligible candidates. Uttar Pradesh Seva Sahkari Sanstha Seva Mandal has taken responsibility of selecting good staff for various government departments of UP state. Officials want to select 61 candidates of Assistant Cashier, Assistant Engineer, Stenographer, Computer Operator and some others. All job seekers of UP state who are feeling positive for this recruitment 2016 should fill correct info in application form and submit that under time. 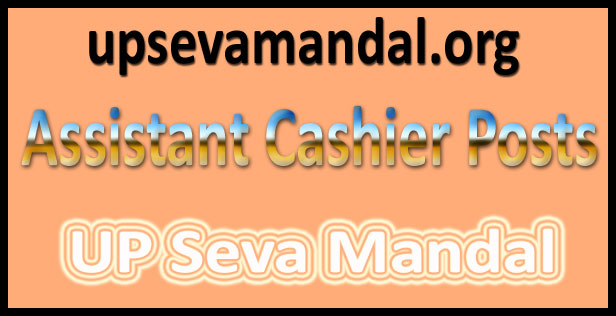 UP State Government job is based on Latest Public Sector Jobs or latest Government Jobs in Uttar Pradesh state. Online and offline registration are going to be started from 25th March 2016 and it will last up to 26th April 2016. Interested candidates must be at least 21 years old for UP Seva Mandal Recruitment 2016. In the Selection process there will be Written Exam and personal interview. Written Exam or Competitive Exam will be consisted of 140 Marks and Interview will be of 20 Marks. This is compulsory to pass UP Seva Mandal Competitive Exam 2016.

Candidates who are interested should also utilize this vacant time in Exam Preparation. Everyone should practice now on some of main topics of Written Exam which are General Knowledge, General Mathematics, Reasoning, English and Hindi Subjects. Candidates can have all alerts of UP Seva Mandal Notification 2016.

Candidates must be eligible for this vacancy also. We suggest you to get some info of this UP Seva Mandal Department. Candidates should take this chance as its final chance. There should be nothing more important that this for eligible candidates.

Details and Number of Posts:

Eligibility for UP Seva Mandal recruitment*

Application Fee: Candidates of General and OBC category will pay Rs. 500 and other reserved category candidates will pay 200.

Selection Process: There will be Written Exam and personal Interview round for the selection of UP Seva Mandal Recruitment 2016.

Pay Scale: You should check official website to know about Salary of selected candidates.

Link for filling online application form for UP Seva Mandal recruitment 2016 eligible candidates can start applying online form for Seva Mandal Post Bharti for Assistant Cashier- Engineer Post only by visiting official main web Page of upsevamandal.org and bottom down link will help you out to check online notification and by downloading application form pdf you can fill online form.

Online Post for UP Seva Mandal recruitment 2016, UP Seva Mandal vacancy 2016 available and you can get information related to Vacancy by following us on our social Media Page.